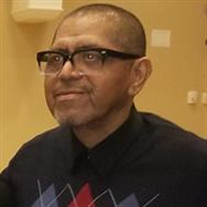 Albert Ivan Halley was born in Berbice, British Guiana, on November 15, 1954 to Mr. and Mrs. Chelmsford and Maylene Halley. He completed his secondary school education at the Indian Educational Trust College. As a teenager, Albert gave his heart to the Lord and actively served Him until his passing. On September 9, 1980 Albert married the love of his life, Geneva (Jenny) Small, and this union produced a son Genard Christopher. In October of 1981, he joined Geneva in the United States. While in New York, Albert earned a degree in Business Administration and, among other places, worked at the HSBC Bank as a supervisor. Albert faithfully served the Lord throughout his life. As a teenager, he entered full time service at the Hauraruni Bible School, where he also served as the driver (or Minister of Transportation.) In New York, he served as an elder in the Christian Ministries Fellowship. He also took pleasure in ministering in song as part of an all male vocal ensemble, Legacy, where he sang a beautiful tenor. Albert retired from the Bank in 2009 and joined Jenny here in Covington. On September 18 Albert was admitted to the Piedmont Newton Hospital, and went home to be with the Lord on October 13, 2021. Mourning his passing are his wife, Jenny, his son Genard, his grandchildren Josiah and Gabriella, his siblings Althea, Linden, Winston, Charmayne and Ingram. Also mourning his loss are his brothers and sisters-in-law, and many other relatives and friends. You’re at home with the Lord, which is where you want to be. See you later, Albert!

Albert Ivan Halley was born in Berbice, British Guiana, on November 15, 1954 to Mr. and Mrs. Chelmsford and Maylene Halley. He completed his secondary school education at the Indian Educational Trust College. As a teenager, Albert gave his... View Obituary & Service Information

The family of Albert Ivan Halley created this Life Tributes page to make it easy to share your memories.

Send flowers to the Halley family.