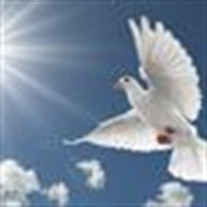 Allan Edward Jones of Conyers, Georgia died on Thursday, December 10, 2020. Allan was born in Berlin, Wisconsin, on March 19, 1947 to Ivan and Velda Alice Jones. He was the grandson of Edward and Ella Tews Schroeder and Oatha and Nellie Wheat Jones of Crandon, Wisconsin. He graduated from Bitburg High School in Bitburg, Germany, where his father was stationed in the United States Air Force. He attended the University of Wisconsin-Oshkosh, where he was a member of the Phi Sigma Epsilon fraternity and a letter-winner on the football team. He was president of Citizens Office Supply in Conyers, as well as Sales Manager for Staples Office Supply and most recently served as Senior Vice President of Sales with Total Office Products (TOPS). A resident of Conyers for more than 40 years, he was very involved in the community. He served in leadership roles on several civic and charitable organizations including the Rockdale County Hospital Authority Board, the Rockdale County Board of Health, the SPLOST Oversight Committee, and was a board member and long-time volunteer of the Barksdale Boys & Girls Club and the Rockdale Coalition for Children and Families. He served as president of the Rotary Club of Rockdale County and was recognized as a Paul Harris Fellow and a Will Watt Fellow. He was the 2015 recipient of the Charles P. Cole Citizen Achievement Award and he also received the A.R. Gus Barksdale Lifetime Achievement award for his service to the community He is survived by a son, Allan Cooper Jones (Tiffany); their three children, Jackson Allan Jones, Annabelle Cooper Jones and Sandra Jane Jones of Waco, Texas. He is also survived by a sister, Sandra Jones Blessing (Brian), of Rockwall, Texas; and a brother, David Jon Jones (Penny), of Gainesville, Florida. In lieu of memorial gifts, please consider the Barksdale Boys & Girls Club or the First Baptist Church of Conyers. A celebration of life service will be held at a later date. Condolences may be submitted on-line at www.scotward.com. Scot Ward Funeral Services, 699 American Legion Road, Conyers, GA 30012, 770-483-7216.

Allan Edward Jones of Conyers, Georgia died on Thursday, December 10, 2020. Allan was born in Berlin, Wisconsin, on March 19, 1947 to Ivan and Velda Alice Jones. He was the grandson of Edward and Ella Tews Schroeder and Oatha and Nellie Wheat... View Obituary & Service Information

The family of Allan Jones created this Life Tributes page to make it easy to share your memories.

Send flowers to the Jones family.