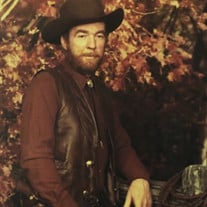 On Sunday morning, May 3, 2020, Harold 'Reno' Glenn Johnson of Buckhead, Georgia, age 83, passed away peacefully in the comfort of his home by the lake. After a battle with bladder cancer and two difficult surgeries, Mr. Johnson slowly said his goodbyes and began a restful decline. Reno was surrounded by loved ones and was visited and comforted by members of the Lake Oconee community, members of their church at Buckhead Baptist, and his family. Harold 'Reno' Johnson was born in Hanceville, Alabama. His father, Ernest Johnson, relocated the family to West Virginia to work as a coal miner. Reno left Welch High School after his sophomore year and joined the Army at age 16. He enlisted in the Army National Guard of West Virginia in 1952 and served in the infantry until enlisting in the United States Navy. He then served on the U.S. Navy destroyer USS Basilone (DD-824) as a Sonarman (SOG3) and the Captain's talker. He was honorably discharged in 1961. Reno experienced many things during his time of service. One of his favorites stories to share was about a shipment of bananas being delivered to the submarine - later found to be covered in tarantulas. When Reno returned to civilian life, he began work at his dad's mechanic garage in Cullman, Alabama where he spent his time rebuilding generators. One night at the skating rink, he set his sights on a young woman named Helen League (after she knocked over the competition). They were married not long after and enjoyed a honeymoon in Gatlinburg, Tennessee. Reno's knowledge of electronics led him to a job with Brown Engineering near their new home in Huntsville. He then began working for Scientific Atlanta where he traveled the world to help with the installation process of giant satellite ground systems. The family relocated to Georgia and then welcomed their first child, daughter Kelly. After the birth of their second daughter, Kristy, their third daughter, Kasey came along nearly three years to the day. Reno loved his three girls dearly and spoiled them as much as he could in life. They enjoyed camping and many travel adventures in the Big Doolie. Reno loved his speed boat, and he was great at water skiing. When the girls had cuts and bruises from playing sports, he would load them up for a trip at the beach to heal in the salt water. Friday nights were for 'funky' fried chicken, and if you asked nicely enough, Reno and Helen would whip up 'the' chocolate cake for you. In the late 1980's, Reno began work with Gwinnett County Parks and Recreation as their very own Master Electrician. Reno earned his mastery at the Georgia Institute of Technology. He was so knowledgeable, the instructors invited him to come back to assist with several classes. Reno brought the county into the 21st Century and created the impressive lighting systems at all the parks and facilities that you see today. The Johnson family became members of Hebron Baptist Church in Dacula, Georgia after many years at Pleasant Grove Baptist Church. Reno accepted Christ as his Lord and Savior through the ministry of Larry Wynn. After over a decade of service with Gwinnett County, Reno retired and turned his focus to crappie fishing and the creation of his dream home at Lake Oconee. Reno and Helen would have been married for 55 years this fall. Each strawberry season, they would come home with buckets of fresh fruit to freeze for strawberry milkshakes and homemade ice-cream. Reno always had a sharp pocketknife and could peel the skin off a fresh peach faster than you can whistle Dixie. He was always going for a look - whether it be western cowboy, James Bond, or Indiana Jones. He was full of how-to advice and life wisdom. Reno was a man made of southern swagger. A master deck builder, handyman, deer hunter, and fisherman - he was a true man's man. He loved a good steak and taking his boat out early in the morning. Reno could entertain a person with a 45-minute story about cutting down a tree, but if you were well liked, he would share the real goods - stories from his favorite place, the Serengeti. We will never forget the impact he made in our lives, and he will always be loved and remembered. Reno is survived by his wife, Helen, his daughter Kelly Lindsey (Sean), daughter Kristy Shuff (Lee), and daughter Kasey Breedlove (John); two handsome grandsons, Seth and Sam Lindsey (Kelly & Sean); and two beautiful granddaughters, Lennon Shuff (Kris & Lee), and Charlotte Meadow Breedlove (Kasey & John). He is also survived by his younger sister Kay Ann Cagle, and younger brother Ernest Dean Johnson of Hanceville, AL. He is preceded in death by his parents, Ernest and Delphia Reid Johnson, and his older sister, Mary Sue Patton. Due to the Covid-19 pandemic of 2020, funeral arrangements will be postponed until further notice, at which time, a Veteran's service will be performed at Georgia National Cemetery with full military honors, located at 1080 Scott Hudgens Dr, Canton, GA 30114. Condolences may be submitted on-line at www.scotward.com. Scot Ward Funeral Services, 699 American Legion Road, Conyers, GA 30012, 770-483-7216.

On Sunday morning, May 3, 2020, Harold 'Reno' Glenn Johnson of Buckhead, Georgia, age 83, passed away peacefully in the comfort of his home by the lake. After a battle with bladder cancer and two difficult surgeries, Mr. Johnson slowly said... View Obituary & Service Information

The family of Harold Glenn Johnson created this Life Tributes page to make it easy to share your memories.