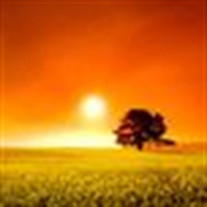 On March 9, 1941, Herbert A. Peavy, Jr. was born in Vienna, Georgia, to Herbert Adron Peavy, Sr. and Madeline Gilbert Peavy. He graduated high school in Vienna, Georgia in 1959. He then completed his undergraduate degree in Business Administration at the University of Georgia in 1965. He met, dated, and married his sweetheart Vicki Lynn Coles in 1966, and together, they raised their three sons, Kevin, Kenny, and Keith. Herb and Vicki were married for 55 exciting years. Herb began his professional career in 1965 as a sales rep for J.O. King, Inc. He worked for the same company for 41 years, retiring as both President and CEO. Herb was also a gifted entrepreneur, investing in and starting many successful businesses over his career. Herb and Vicki created The Horizon Foundation to help launch and support many humanitarian works in the United States and around the world. Herb carried a deep sense of responsibility to himself and to others be the best they can be. If you were slacking, he would let you know it. Still, Herb was one of the funniest people you would ever meet. He loved to make people laugh, and once he was on a roll, there was no stopping him until everyone's ribs were hurting. Herb also loved college football, especially his Georgia DAWGS. Herb was an incredible communicator and storyteller. Herb was always ready in any situation to share a story that would leave the most astute stunned and amazed by the depth of wisdom Herb possessed. He was an influencer to many leaders across every sphere of society. Herb was a family man, businessman, philanthropist, mentor, and generous helper of those in need. Herb is survived by his wife (Vicki), his sisters (Rosie and Mary), his sons (Kevin, Kenny and Keith), his daughters-in-law (Rebekah and Carina), and his grandchildren (Caleb, Elijah, Mikaela, Selah, Amalie and Hayden). Herb asked to be cremated, and a memorial service will be held at a date to be determined. In lieu of flowers, please send a donation to the Horizon Foundation in support of the various humanitarian works it supports: The Horizon Foundation, 1003 Bethel Road, Conyers, GA 30012. Condolences may be submitted on-line at www.scotward.com. Scot Ward Funeral Services, 699 American Legion Road, Conyers, GA 30012, 770-483-7216.

On March 9, 1941, Herbert A. Peavy, Jr. was born in Vienna, Georgia, to Herbert Adron Peavy, Sr. and Madeline Gilbert Peavy. He graduated high school in Vienna, Georgia in 1959. He then completed his undergraduate degree in Business Administration... View Obituary & Service Information

The family of Herbert Adron Peavy, Jr. created this Life Tributes page to make it easy to share your memories.