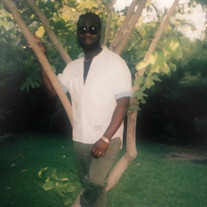 On Thursday, December 10, 2020, Ian Gayle, loving husband and father of three children, passed away at the age of age 57. Ian was born on October 10, 1963 in Kingston, JA to Alfred and Amy (Green) Gayle. He received his high school education in Jamaica from Ardene High School and Evander Childs High School in The Bronx, NY. He received an Associate Degree from Bronx Community College and multiple certifications in the HVAC field from New York City Technical College. He applied his skills with New York City Housing Authority where he worked for over twenty years. On December 6, 1986, he married Marcia Elaine Roberts. They raised one son, Andre Gayle and two daughters, Crystal and Deanna Gayle. Ian was known for his helping hand and caring spirit. He was everyone’s handy man when they needed something fixed and was always ready to share his knowledge and expertise to anyone who asked. Although it drove his wife crazy, he was always looking for new household projects to work on. Ready to prove that he could do it best. Ian had a passion for music. He played the piano, organ and synthesizer in a way that was only ordained by God. His musical talents were not only admired by close family and friends but also by all who attended his church, Bronx Triumphant Church of God located in New York. He traveled to various churches and venues with his brothers, who were also talented musicians, and rocked the house. Some artists of inspiration for him were Andrae Crouch, Richard Smallwood and Chick Correa. Ian was preceded in death by his mother, Amy Gayle. He is survived by his wife, Marcia (Roberts) Gayle; son, Andre' Gayle; daughters, Crystal Gayle, Deanna Gayle; father, Alfred Gayle; siblings, Rosemarie Gayle Smith, Karen Gayle Kelly, Garth Gayle, Gary Gayle, Adrian Gayle, Vivia Gayle, and Marvin Gayle. Funeral Services will be held Saturday, December 19, 2020 at 11 a.m. at Scot Ward's Green Meadow Chapel with Pastor Patrick Findley officiating; interment will follow at Green Meadow Memorial Gardens. The family will receive friends from 4 p.m. until 7 p.m. on Friday, December 18, 2020 at the funeral home. Condolences may be submitted on-line at www.scotward.com. Scot Ward Funeral Services, 699 American Legion Rd., Conyers, GA, 770-483-7216.

On Thursday, December 10, 2020, Ian Gayle, loving husband and father of three children, passed away at the age of age 57. Ian was born on October 10, 1963 in Kingston, JA to Alfred and Amy (Green) Gayle. He received his high school education... View Obituary & Service Information

The family of Ian Gayle created this Life Tributes page to make it easy to share your memories.

Send flowers to the Gayle family.