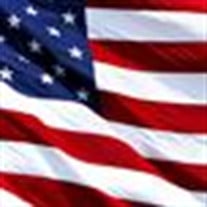 John Milford Jones, Sr. of Conyers, Georgia went home to be with his Lord and Savior Jesus Christ on March 22, 2022. Born on June 24, 1927 in Abbeville, South Carolina to his parents, Otis Marion Jones and Cola McMahan Jones. Milford was part of what later became known as the Greatest Generation, which grew up and came of age during the Great Depression. At the young age of 13, Milford's father was struck by lightning and died resulting in Milford being forced to drop out of school to help take care of his family. Four years later, he volunteered at the age of 17 to serve in the U.S. Navy during World War II. He faithfully served as a radio dispatcher on the U.S.S. McCord during that time. Returning from serving his country, and with only a seventh-grade education, God intervened in Milford's life. This was partially through the encouragement of a good friend helping Milford to be admitted to the University of Georgia as a freshman. He graduated four years later with a degree in Economics and then married the love of his life, Alva Louise Jones on June 14, 1952. Milford and Louise were married for 65 years until God took her home in 2017. Milford worked for most of his business career at a multi-national corporation, Scripto-Tokai, where he spent almost 40 years working his way up through the ranks the old-fashioned way beginning as an entry-level accountant and ending his career in 1989 as Senior Vice President of Operations. More importantly, he faithfully served the Lord his entire adult life. He first served at Glenwood Hills Baptist Church in Decatur, Georgia and then later at Heritage Hills Baptist Church in Conyers. Milford was preceded in death by his wife, Alva Louise Jones. He is survived by his two children, John Jones (Mary Kay) and Bobby Jones (Wanda). He is also survived by no less than eight grandchildren, Daniel Jones (Stacy), Joseph Jones (Rhianna), Michael Jones (Kim), Kerry Jones, Kevin Jones, Jack Jones, Lily Jones and William Jones; seven great-grandchildren, Ryan Jones, Owen Jones, Ezra Jones, Eva Jones, Elias Jones, Caleb Jones, and Hannah Jones. Visitation is scheduled for 1:30PM and the subsequent Memorial Service is scheduled for 3:00PM on Saturday, April 2, 2022 at Scott Ward Funeral Home in Conyers, Georgia. Condolences may be submitted on-line at www.scotward.com. Scot Ward Funeral Services, 699 American Legion Road, Conyers, GA 30012, 770-483-7216.

The family of Milford Jones created this Life Tributes page to make it easy to share your memories.

John Milford Jones, Sr. of Conyers, Georgia went home to be with...