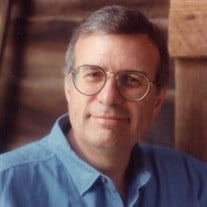 Larry Wayne Sasser, age 74 of Conyers, passed away Wednesday, September 29, 2021. He is preceded in death by his parents, Wayne Sasser and Stella White; son, Stacey Sasser, brother, Edwin Wofford; and sister, Sharmin Barton. Survived by his wife, Evelyn Sasser; son and daughter-in-law, Tommy Francis (Lisa); grandchildren, Jordan and Thomas Francis, III; sisters and brothers-in-law, Gayle Kreckman (Chuck), Sonja O’Neal (Rick), Trina DeRosia (Clint) as well as many nieces and nephews. Larry was married to his loving wife, Evelyn, for 29 wonderful years. He was a very accomplished musician, accompanying many prestigious artists. In 1968, Larry moved to Nashville and became a member of the American Federation of Musicians. His first big break came 1969, when he landed a full time job with Del Reeves. Del was a Grand Ole Opry star and had his own TV show. Larry worked with Del for several years. He joined the Ray Stevens band in 1974, and got to do all of Ray’s tour dates, play on some of his records and even tour the world. Larry described Ray and his high caliber players as a class act that he felt very lucky to be part of. Larry’s next stop. . . Jerry Reed. Larry refers to Jerry’s amazing guitar talent, and as in Ray’s band, the other members were very accomplished players. Larry played on Jerry’s records and since Jerry was also an actor, Jerry also played in movies such as “Smoky and the Bandit” with Bert Reynolds, “High Rollin” with Peter Fonda, the “Concert Cowboy” series of movies with Tom Selick and Jerry Reed. Larry said Jerry was very much like the characters he portrayed in the movies, and that playing in the Reed Band was quite an experience. Larry also played in a few other bands with such artists as Charlie Rich, Johnny Rodriguez, Johnny Duncan, Tanya Tucker, Lynn Anderson and played on the road with Ernest Tubb one time. In 1983, The Nashville Network (TNN) was formed. The flagship show was called “Nashville Now” and was to be hosted by Ralph Emery. Larry became a member of The Nashville Now Band and worked with hundreds of artists of all types of music. Artists such as Johnny Cash, Barbara Mandrel, Roy Acuff, Minnie Pearl, Reba McIntire, Randy Travis, Kitty Wells, Grandpa Jones, Patty Loveless, Vince Gill, Garth Brooks, Trisha Yearwood, Faith Hill and Tim McGraw. During this time, the Nashville Now Band was voted the #1 Band (non-touring) in country music five years in a row, 1985, 86, 87, 88 and 89 by the Academy of Country Music. After 42 years, Larry was forced into retirement because of illness. From his first session in 1959 until his premature retirement in 1993, Larry Sasser played hundreds of record sessions, tour concerts and TV shows. During Larry’s outstanding career he was awarded the National Academy of Recording Arts & Sciences, Super Pickers Award, 1974 No Charge by Melba Montgomery, and the 1977 East Bound and Down by Jerry Reed. He received the Pedal Steel Guitar Association Inc. Appreciation Award, 1992; he was also inducted into the Atlanta Country Music Hall of Fame 1997; the Atlanta Society of Entertainers - Lifetime Achievement, 1997; The North American Country Music International Hall of Fame (Instrumentalist/Studio Musician) 1999; Northwest Georgia Steel Guitar - Wall of Honor 2005; Georgia Steel Guitar Association - Legend Award 2006; Nashville Tennessee Steel Guitar Association - Legends Award 2009; and the International Steel Guitar Hall of Fame - 2011 Inductee. In lieu of flowers, the family requests that donations be made to The American Cancer Society, www.cancer.org. Chapel services will be held Monday, October 4, 2021 at 2:00 p.m. at Green Meadow Chapel with Pastor Howard Greer officiating. Family will accept friends on Sunday, October 3, 2021, from 3:00 p.m. to 6:00 p.m.at the funeral home. Condolences may be submitted online at www.scotward.com. Scot Ward Funeral Services, 699 American Legion Rd., Conyers, GA. 770-483-7216.

The family of Larry Wayne Sasser created this Life Tributes page to make it easy to share your memories.

Send flowers to the Sasser family.