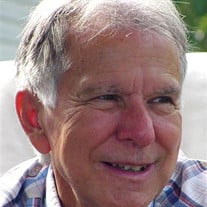 Mr. Louie Felton Bowers, Jr., age 83 of Conyers, died Sunday, January 21, 2018. He was preceded in death by his grandson, Andrew Holloway; parents, Louie and Lola Bowers, Sr.; and sisters, Barbara Sexton and Riki Weaver. He is survived by his sons and daughters-in-law, Jack and Margaret Bowers, Wally Bowers and Stacey Malloy, Ron Bowers; daughters and sons-in-law, Lindsay and Clayton Harrison, Hansi and James Holloway; and grandchildren, Jacob Bowers, Kaylin Miller, Walker Miller, Seth Holloway. Mr. Bowers enjoyed the outdoors and feeding the wild birds and squirrels around his house. He loved going to visit his sister in Carrabelle, Florida where he would go fishing, go to the beach and go to greyhound races and horse races. He also enjoyed watching football. Louie was a veteran of the United States Air Force serving during the Korean Conflict. He was a Type I diabetic and very proud of the Joslin Diabetes Center certificate of achievement that he received for living courageously with diabetes for over 50 years. A Graveside Service will be held Saturday, January 27, 2018 at 3 p.m. at Green Meadow Memorial Gardens; family will receive friends from 1 until 3 p.m. prior to the service at the funeral home. Condolences may be submitted on-line at www.scotward.com. Scot Ward Funeral Services, 699 American Legion Rd., Conyers, GA, 770-483-7216.

The family of Louie Felton Bowers, Jr. created this Life Tributes page to make it easy to share your memories.