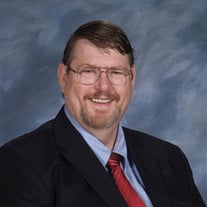 Mark Kevin Saksefski (66), husband to Cecilia (Cox) Saksefski, died December 9, 2021 peacefully at home after a long battle with multiple illnesses. Known as Kevin to his family, Mark was born July 9, 1955 in Milwaukee, Wisconsin. He was the first child of the late Daniel B. and Carolyn (Turner) Saksefski. Raised in Louisville, Kentucky, Mark met Cecilia when he tackled her in a friendly game of flag football with a youth group at a local church. The couple married on July 12, 1973, more than 48 years ago. After serving in the Air Force and completing his degree at the University of Louisville, they moved to Conyers, Georgia due to his job at AT&T and raised three daughters together. Mark had many hobbies throughout the course of his life. He competed in a bowling league along with his wife, even passing his love of bowling down to his daughters as he coached their teams. He spent a number of years playing recreational softball, and loved playing golf every chance he could get. He shared both of these activities with his daughters, although the latter may have turned out poorly. All three girls ended up hitting him in the head with a golf club during their lessons. This was the kind of man he was though: hard-headed but kind, loquacious, and generous. He also shared his love of computers, trivia, cards, reading, swimming, and basketball, often playing with his daughters in the parking lot behind his office. Mark was also a dedicated member of his church, St. Pius X, and a past Grand Knight of the Knights of Columbus. From there he helped others from handing out tootsie rolls at store fronts for donations to charity to serving at the church's Lenten fish fries. In addition to his parents, Mark was preceded in death by his father-in-law, Jerry Cox, his mother-in-law Juanita (Rickard) Cox, and his youngest daughter, Jaclyn, who tragically died in a car accident in 2007. Mark is survived by his loving wife, Cecilia Saksefski; his daughters and sons-in-law Jennifer and Josh Tidmore, and Alison and Justin Mullinax; his grandsons Brian Anderson, Liam Tidmore, Samuel Mullinax, Dean Mullinax, and Zachary Mullinax; his brother and sister-in-law Keith and Pamela; sister Leslie; and many nieces and nephews. Funeral services will be held Tuesday, December 14, 2021 at 1:00 PM at St. Pius X Catholic Church; interment will follow at Green Meadow Memorial Gardens. The family will receive friends from 5:00 PM until 7:00 PM at Scot Ward Funeral Home. Condolences may be submitted on-line at www.scotward.com. Scot Ward Funeral Services, 699 American Legion Rd., Conyers, GA, 770-483-7216.

Mark Kevin Saksefski (66), husband to Cecilia (Cox) Saksefski, died December 9, 2021 peacefully at home after a long battle with multiple illnesses. Known as Kevin to his family, Mark was born July 9, 1955 in Milwaukee, Wisconsin. He was the... View Obituary & Service Information

The family of Mark Kevin Saksefski created this Life Tributes page to make it easy to share your memories.

Send flowers to the Saksefski family.