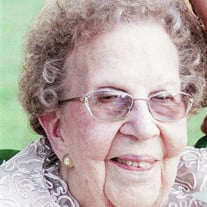 Mary Elizabeth Gunter passed away peacefully on Saturday, July 14, 2018. Ms. Gunter was born on October 11, 1930 in Clarke County, Georgia. Libby was one of eight children born to Floyd and Linnie Mae Hendrix. Elizabeth graduated from Cartersville High School and then ventured to Tift College where she became a Tift ‘girl’. After receiving her Education degree at Tift, Ms. Gunter began her teaching career in Fitzgerald, Georgia. In 1957, Libby married her husband, Neil, and they settled down in the Atlanta metropolitan area. Libby subsequently completed her Master’s Degree in Administration. Ms. Gunter’s teaching career encompassed 41 years where she touched many lives including the Atlanta Public Schools, Rockdale County School System, George Walton Academy and Elks Aidmore Children’s Home. Ms. Gunter is well-remembered from her many years in Rockdale County schools, working as a Teacher and Assistant Principal. Libby loved her Lord and served tirelessly at her various church homes. Since 1976, Ms. Gunter had been a member at Rockdale Baptist Church in Conyers. Libby left her mark throughout much of her churchwork at RBC, but she possessed a special heart for young married adults, the Lakeview Mission work and the Prayer Ministry. Libby will be remembered and missed by the many lives she has touched over the years, but most of all by her family. Meme is survived by her two daughters and their husbands; Melanie and Jimmy Hicks and Renee and Keith Estes. Meme was adored by her grandchildren; Lauren H. Fortson (Steven), Lyndsey E. Goff (Lee), Kara E. Long (Tom), Erin H. Russell (Beau), Kristen H. Enoch (Mike) and favorite grandson, Jared Estes; as well as her great-grandchildren; Ryatt, Payse and Layla-Mae Fortson; Aiden, Ava and Laine Russell; Macy, Maddox and Emi James Goff and Camden Long. Ms. Gunter was preceded in death by her husband, Neil Gunter; her parents, and siblings, Deborah Strickland, Furman Hendrix, Dowell Hendrix, Margie Hendrix; twin brothers, Moses Hendrix, Eugenia Clark, and Floyd Hendrix, Jr. Libby leaves behind a multitude of friends who she had known throughout her lifetime. Ms. Gunter was a member at Rockdale Baptist Church and a member of the Rockdale Retired Educators Association. Visitation will be at Scot Ward Funeral Home in Conyers, GA on Tuesday, July 17th from 2 until 4 p.m. and 6 until 8 p.m. A Celebration Service will be held at Rockdale Baptist Church on Wednesday, July 18th at 2:00 p.m. Ms. Gunter will lie in state from 1:00 p.m. until service time. Burial will take place following the celebration at the Lawnwood Memorial Park in Covington, Georgia. In lieu of flowers, please consider a contribution to Lakeview Church, Rockdale Baptist Church Missions Ministry, Samaritan’s Purse, or a missions ministry of your choice. Condolences may be submitted on-line at www.scotward.com. Scot Ward Funeral Services, 699 American Legion Road, Conyers, GA 30012, 770-483-7216.

The family of Mary 'Libby' Elizabeth Gunter created this Life Tributes page to make it easy to share your memories.

Send flowers to the Gunter family.