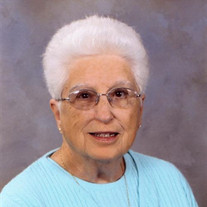 Sarah Starr Taylor, age 97 of Conyers, GA, died Sunday, November 25, 2018. Born August 8, 1921, she was the second of six children born to Rosa and Rupert Starr. She was a graduate of Commercial High School in Atlanta, GA. After graduation she became a bookkeeper at Trust Company of Georgia where she met her future husband. In May 1945, shortly after his return from active duty in World War II, she married Arden Charles Taylor and began a marriage which would last for more than 56 years. Later professionally she became a bookkeeper for several other companies and a skilled dental hygienist. On a personal level she was very active in her church. She and her husband were among the original members of Columbia Presbyterian Church where they served the church in many capacities. Upon moving to Conyers, she became a deeply devoted member of Conyers Presbyterian Church where she remained until her death. She was also active in senior programs at several other local churches. She was a loving and caring wife, mother, grandmother and family member to a large extended family. In her spare time, she was a talented seamstress and needle worker. She loved gardening and especially seeing her azaleas in bloom. She loved playing dominoes and putting together jigsaw puzzles with her family. Even at 97 she loved to read and play games on her Kindle. She was preceded in death and joins her parents; her husband. Arden; her sisters, Margaret Frazier, Betty LaRoy, and Mary Akin. She will be missed by her daughters, Beryll Taylor and wife Tessie Rogers of Clearwater, FL, Frances Taylor Wingerter and husband Gary Wingerter of The Villages, FL; grandchildren, Jim Rogers of Bluffton, SC, Lori Solt of Seabrook, TX, Scott Wingerter of Leawood, KS; sister, Ann Green; brother Bob Starr; sister-in-law, Ovelle Harper all of Conyers, GA; brother-in-law and his wife, Hugh and Doris Taylor of Clarkesville, GA; five great-grandchildren; many nieces and nephews. She will be entombed alongside her husband at Eternal Hills Cemetery, Snellville, GA. A Memorial Service will be held at Conyers Presbyterian Church on Tuesday November 27, 2018 at 2:00 p.m. with Pastor Kevin Hicks officiating. Family will receive friends from 4:30 p.m. until 7:30 p.m. on Monday November 26, 2018 at the funeral home. In lieu of flowers, at her request, donations may be made in her memory to Conyers Presbyterian Church, 911 N. Main Street., Conyers, GA 30012. Condolences may be submitted on-line at www.scotward.com. Scot Ward Funeral Services, 699 American Legion Rd., Conyers, GA, 770-483-7216.

Sarah Starr Taylor, age 97 of Conyers, GA, died Sunday, November 25, 2018. Born August 8, 1921, she was the second of six children born to Rosa and Rupert Starr. She was a graduate of Commercial High School in Atlanta, GA. After graduation she... View Obituary & Service Information

The family of Sarah Starr Taylor created this Life Tributes page to make it easy to share your memories.

Send flowers to the Taylor family.