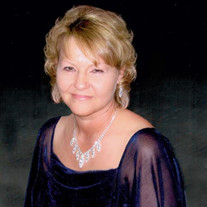 Tatyana Yalovega (Bobik) was born on May 31 1970 in the city of Listvin, Zhitomirskiy region. She was the youngest of two children in the family of Michael and Olga Bobik. As a child she was very sociable and enjoyed being in the company of others, even though she struggled and had many health issues. She had battled with Diabetes since she was 10 years old. She never let her sickness hold her back. She had a natural gift of being selfless and kind. Her gift was only greatly nurtured as she grew into an adult. In August of 1993, she married Valentin Yalovega and together they made a commitment, not only to each other, but to God as well. Life wasn't easy and her health kept getting worse, yet she leaned into God and His promise. Over the years, she longed to complete her family but, the doctors in Ukraine kept telling her she would not become a mother. They decided to join her sister in the States, and in April 1995 they immigrated to America. Just a little over a year later in August of 1996, God gifted them their precious miracle baby girl named Alice. She was born prematurely. The baby girl thrived by God's mercy. She loved being a mother, it was a natural calling for her. Three years later in 1999, they had another precious little girl, Julie who was also a pure blessing. A short time after her pregnancy her health quickly declined and the doctors told her she was in kidney failure. Yet, God again showed mercy to where her kidneys were stable for the next several years. She was able to raise her girls, and serve with a servants heart for the Lord. In 2007, her kidneys and pancreas went into total failure. She did dialysis for 4 months while waiting on a donor. She called on the Lord, and he answered. A donor was found and she was able to have surgery to save her life. The 13 years God gifted to her she spent devoting her life to helping others. Tatyana had strong faith and had become an example for many Christians. She spent every moment of every day praising God, and aiming to please Him, whether that was through her love for her children and husband, or through her many selfless acts towards others. She served in many different ministries, because to her serving was love. On February 19, 2021 Tatyana left this earth to be with her Heavenly Father, leaving behind a perfect example of a Christian life surrendered to God. Her memory will forever be remembered and cherished by her loving family and family. Her memory will love on in her husband, Valentin; daughters, Alice and Julie; sister and brother-in-law, Lana Gazhenko (Peter); nephew, Jemmy; grand nephews, Jeremiah and Benjamin; grand nieces, Lillian and Oasis-Rain; grandson, Alex Muntyan and a host of relatives. Funeral services will be held on Wednesday, February 24, 2021 at 3:00 PM at Scot Ward Green Meadow Memorial Chapel with Pastor Victor Limoncheko and Pastor Emanuel Rusu officiating. Interment will follow at Green Meadow Memorial Gardens. The family will receive friends from 2:00 PM to 3:00 PM prior to the service at the funeral home. Condolences may be submitted online at www.scotward.com. Scot Ward Funeral Services, 699 American Legion Rd., Conyers, GA. (770) 483-7216.

Tatyana Yalovega (Bobik) was born on May 31 1970 in the city of Listvin, Zhitomirskiy region. She was the youngest of two children in the family of Michael and Olga Bobik. As a child she was very sociable and enjoyed being in the company of... View Obituary & Service Information

The family of Tatyana Yalovega created this Life Tributes page to make it easy to share your memories.

Send flowers to the Yalovega family.