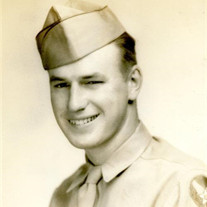 Mr. Theodore Keller 'T.K.' Cobb, age 91 of Conyers, died Sunday, June 3, 2018. He was preceded in death by his parents, J. Theodore Cobb and Mary Keller; first wife, Ruth Jones; and second wife, Mary Peck. He is survived by his sister, Mary (Sissy); son, John (Leslie); daughter, Gail; step-sons, Paul (Deena), David (Barbara), Richard (Nancy); grandchildren, Michael (Katie), Ashley; step-grandchildren, Brittny (Brandon), Ellany (Evan); great-grandchild, Samuel; and step-great-grandchildren, Lachlan, Maelan, Caroline, Sawyer, Conor. Mr. Cobb was born in the Militia District of Panthersville, GA. He graduated from Panthersville Grammar School, Southwest DeKalb High School, University of Georgia, Atlanta Law School and Emory University Law School. He married Ruth in 1950 and was with her until her death. He then married Mary in 1979. T.K. joined the family law firm of Cobb and Cobb in 1955. He joined Shapiro and Swertfeger Law Firm in 1995 and retired in 2014. He served in the U.S. Army Air Corps from September 1944 until November 1946 in the occupational forces in France and Germany. He was a member of the DeKalb Jaycee's, a deacon and elder at Panthersville Presbyterian Church, a member of the Georgia Bar Association Board of Governors and the UGA Alumni Foundation, and one of the founders of Attorney's Title Guaranty Fund, a bar related title insurance company. He enjoyed trout fishing, dove and quail hunting, golf, vegetable gardening and attending UGA football games. In his last years, he did volunteer work at Abbey Hospice in Social Circle, Georgia. The family wishes to thank his many caregivers over the last year and a half - Alicia, Nodeen, Sonia and Nicole - for their loving care of Keller. The family also wishes to thank his Hospice nurse, Sharna, and the many staff at Abbey Hospice for their caring attention over the past year and helping him to 'do it his way'. A Memorial Service will be held Saturday, June 9, 2018 at 1 p.m. at Scot Ward's Green Meadow Chapel with Pastor Jim Ross officiating; family will receive friends from 11 a.m. until 1 p.m. prior to the service at the funeral home. In lieu of flowers, contributions may be made to Abbey Hospice Foundation, P.O. Box 68, Social Circle, GA 30025-0068 or Shepherd's Men, The Shepherd Center, 2020 Peachtree Road, NW, Atlanta, GA 30309 www.shepherdsmen.com. Condolences may be submitted on-line at www.scotward.com. Scot Ward Funeral Services, 699 American Legion Rd., Conyers, GA, 770-483-7216.

The family of Theodore Keller Cobb created this Life Tributes page to make it easy to share your memories.

Send flowers to the Cobb family.